Last night, I saw Is the Man Who Is Tall Happy? You have two more days to see it if you’re in Lincoln. And it is well worth your while.

Rather than a full review, I wanted to make just one observation. Gondry opens the film with the statement that “film and video are both by their nature manipulative,” a premise I’ve held to both true and quite problematic for me as a filmmaker — and particularly as a documentarian. He goes on to discuss the ways in which animation of this conversation avoids some of the pitfalls of this manipulation (editing), and yet opens many other problems (visual interpretation).

There is one animated sequence that appears a few times in the film, as Gondry asks Chomsky about his late wife. The illustration accompanying conversation about their happiness is of a man and a woman riding bikes. It even makes it into the trailer. 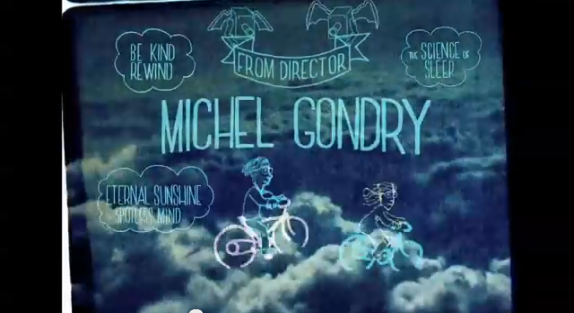 Never in the interview does Chomsky (nor Gondry) say anything about bike rides. Why is this the image of happiness? Obviously, I agree with it — it speaks to my own sensibilities. However, it is a fascinating metaphorical choice. Why not a stroll through a meadow, a ride in a convertible, a view from a sailboat, a snuggle on the couch (one of these things is not like the others), etc.?

What is it about bike rides that equates with happiness?

One thought on “On Happiness”