Yesterday, I broke a long-held record to contribute to yet another long-held record. Thanks to Emily, back in town for Thanksgiving, I went to the Nebraska-Colorado football game. I had never — despite having lived in Lincoln all but 4 years of my life — been to a Husker football game (that’s Record #1); the stadium had yet another sell-out crowd of 85, 319, a streak that’s been going since 1962. And what a game it was. Go read some analysis. 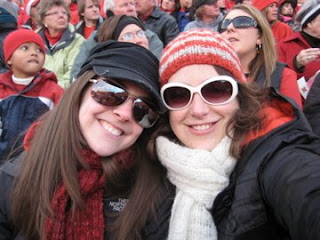 The weather was beautiful — a crisp, fall day.

The game started out pretty terribly for Nebraska, and I began to think I’d made a mistake in reversing my record. Such is the life of the superstitious sports fan. But then Nebraska tied it up, and the crowd released balloons after the first touchdown. 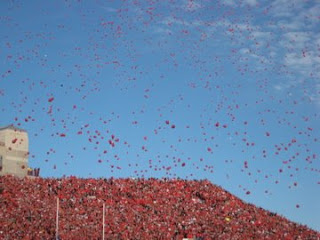 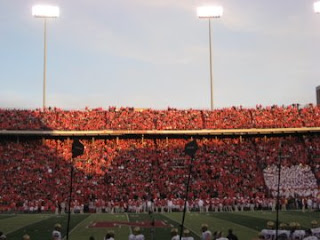 As the sun went down, the stadium left some nice lighting on the East Stadium.

What a kick. This was the moment in which I became truly aware of the reason Husker fans are so terribly excited about being in Memorial Stadium for games. That was incredible to witness, and the roar of the crowd was insane. 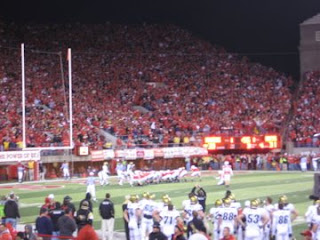 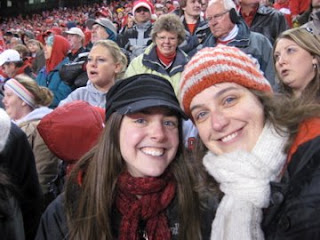 Emily & I are happier.

n.b. I owe great thanks to J-Vass, my old roomie, for teaching me almost everything I know about football.