This weekend, there were early morning rides with the regular gravel crew. And while I love riding with them, it was also a weekend with cold early morning temperatures warming quickly into melty mid-thirties, and after a long week of hustling to meet deadlines, the idea of waking to an alarm to be cold for the first hour or two wasn’t so appealing to me.

Saturday, Ryan had a meeting at work at 9:30, so I rode him there and then ventured east of town on my own. I had a fun time crushing through the semi-melted, semi-icy, semi-snowy Dietrich/Murdock Trail. Loved using the Challenge Grifos on my lovely new War Axe, staying upright over the rough terrain. Until I hit a drift as deep as my hubs, that is. Time to head over to the gravel. 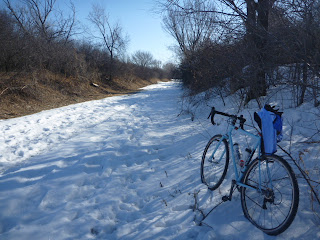 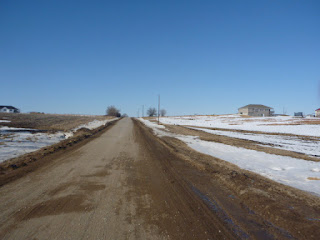 Gravel was beautiful. Dry, hard packed, and peaceful. There was hardly any wind, and I enjoyed some time on roads I rarely ride. 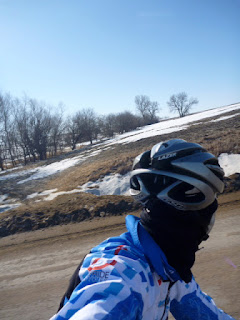 It’s really nice to be out on my own sometimes. And since I’m often riding solo in long endurance races, it’s good to replicate that feeling in training season, too. Time to think, look around and enjoy the sights, and just pay attention to how I feel and how I’m riding. 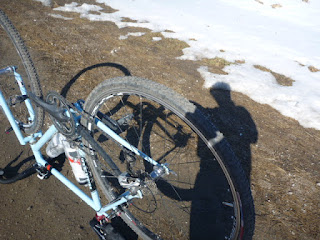 It’s a little more boring when you get a flat, though. No one to joke around with, and no one to offer a turn of pumping up the tire! I had a slow leak, and thought I might be able to make it back to Pepe’s before having to change the tube. No such luck, but I went there anyway for some chips and salsa and use of his floor pump. Gotta love Bike Friendly Businesses!

Sunday, there was another early ride. Though I woke up in time that I could’ve gotten up to make the 7:30 ride, it was so cozy in bed. Way too cozy to get out, way better idea to snuggle and read some New Yorker articles. Luckily, Malcolm got in touch with me around 10, and we went out for some miles in the much warmer sun. 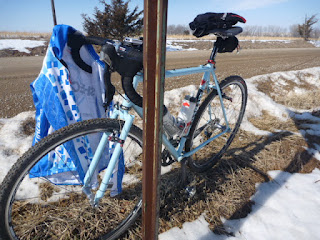 A little Sheclismo/Lady War Axe pee break. It’s annoying to have to take off the jersey like that on the side of the road, but bibs are more comfortable, hands down. 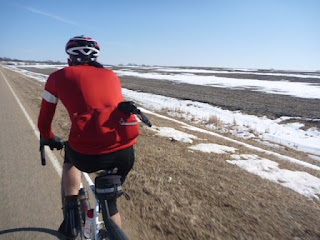 It was nice to get a ride in with Malcolm. He’s about to leave town for some adventures, no fixed plans, a step into the unknown. Sounds fun and daunting. But as he said, he became a cyclist in Lincoln, so he’ll probably be back. 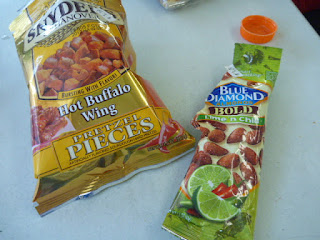 We stopped in Cortland, and were full-out overwhelmed by the new flavor choices in gas station food. Those buffalo wing pretzels were delicious, and so were the lime & chili almonds. Unfortunately, on the way home, I developed a bit of a stomach of anger at all the spicy/sour combo going on in my system. 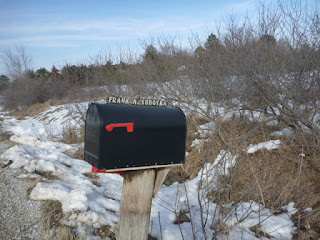 For fans of The Wire: it looks like Frank Sobotka retired on SW 2nd. I’ve ridden by this place several times, can’t believe I never noticed.

One thought on “Weekend Rides”