or The Kale Birther, A Crowded Train to New York and Chicago, The Hectograph, and The Predator

I imagined a woman who doesn’t want a baby, births kale instead. I climbed over the heads of people on an aisle-less train, trying to get my bags. The hectograph churned in the background. The Predator enveloped everything below me it its being, scaring me awake. 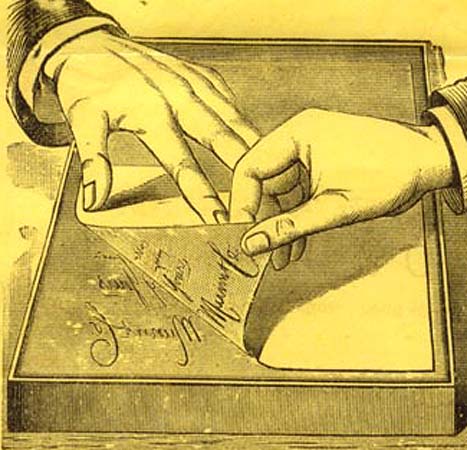 I’ve realized I really like the tone bed that is This American Life, more than I necessarily like the content of the shows. I am, of course, always quite enthralled with dedicated listening, but I’m aware also that the sound of the show gives me the same sense of relaxation, even if I’m not paying attention.

The film world is abuzz with mumbles, as mumblecore reaches the pages of the NY Times and others with the debut of Hannah Takes The Stairs. This is the defining film movement of my generation, eh?