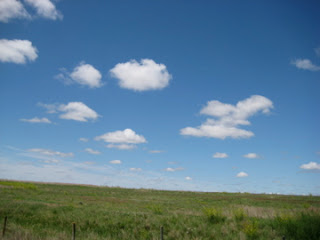 After being in Red Cloud (Willa Cather‘s hometown) while on BRAN, I decided I needed to re-read My Ántonia.* 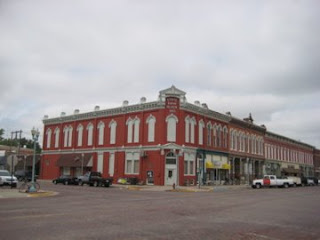 In just the introduction, I’m compelled to stop reading in order to transpose a few choice sentences. 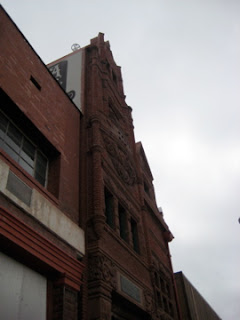 As Cather & Jim are on the train, as adults, returning to “Black Hawk”:

We were talking about what it is like to spend one’s childhood in little towns like these, buried in wheat and corn, under stimulation extremes of climate: burning summers when the world lies green and billowy beneath a brilliant sky, when one is fairly stifled in vegetation, in the color and smell of strong weeds and heavy harvests; blustery winters with little snow, when the whole country is stripped bare and gray as sheet-iron. We agreed that no one who had not grown up in a little prairie town could know anything about it.

Jim, the novel’s narrator, describes his arrival in Nebraska:

There was nothing but land: not a country at all, but the material out of which countries are made. No, there was nothing but land — slightly undulating, I knew, because often our wheels ground against the brake as we went down into a hollow and lurched up again on the other side. I had the feeling that the world was left behind, that we had got over the edge of it, and were outside man’s jurisdiction. I had never before looked up at the sky when there was not a familiar mountain ridge against it. But this was the complete dome of heaven, all there was of it.
…
If we never arrived anywhere, it did not matter. Between that earth and that sky, I felt erased, blotted out. 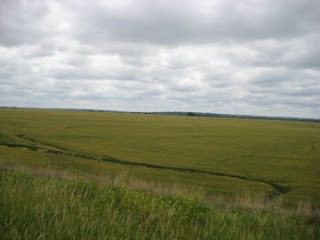 It’s a good thing I’m re-reading this. I didn’t appreciate it as much before as I do now. That ground definitely undulated; twas evident on a bicycle. There were some tough climbs going into Red Cloud, with a relentless headwind to boot. 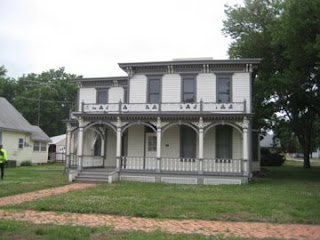 A house from one of the families in My Ántonia.

*Oh, go get the paper-printed version. That way, you can take it with you.