Woke up to howling winds this morning, and I really had to work to crawl out from under the duvet. We missed the worst of the blizzard (allegedly, there are 5 foot drifts in central Nebraska), but the wind was gusting over 40mph, so I put on my trusty winter bike pants and headed into the wind and sleet down to Chez Hay. 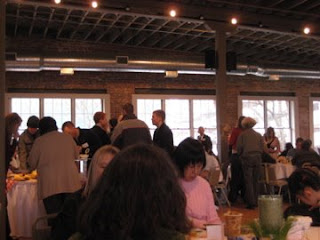 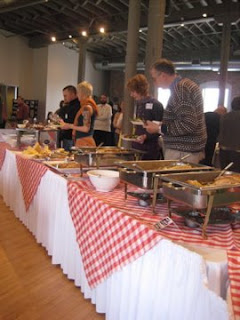 It was hard to find a time when there was a gap in the line to get a shot of the spread. 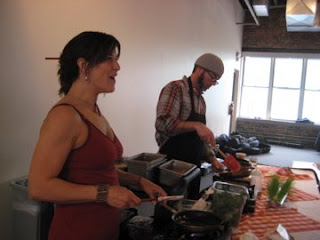 Maggie & Pat rocking the made-to-order omelet bar. The line for this was always long. 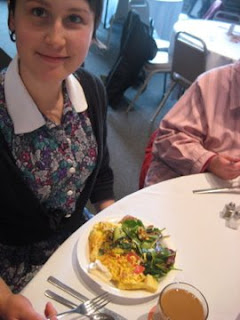 Molly’s about to dig in to a beautiful plate of food, accompanied by handmade coffee from Cultiva. 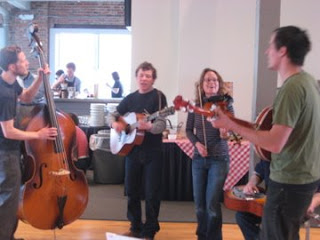 Triggertown did a lovely job of playing music. Nice to have such multitalented farmer/musicians in town!