…and the people swoon.

Several weeks ago I wrote about rumblings in the West, a potential rural revolt in what have traditionally been very Republican, very conservative parts of the West–eastern Washington, Idaho, Wyoming, Montana.

Judging by the success of a political newcomer, Scott Kleeb, it’s time to add Nebraska to the list. Like Jon Tester in Montana and Peter Goldmark in Washington, Kleeb has well-established, native roots in Nebraska as well as a masters in International Relations and a PhD from Yale (he wrote his dissertation on the history and economics of cattle-ranching in the West). What’s more, he’s an authentic cowboy, a fourth generation rancher. 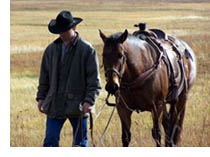 Not just a cowboy, but in fact a bull-rider. I have to admit that fact jumped out at me immediately from his bio. I’ve known a few bull-riders, and have to admit that they were among the craziest and wildest of the ranchhands I grew up with. You have to question the judgment of anyone willing to hop on to the back of a ton of twisting, bucking, Brahma rage. But one thing you have to say for these guys, they’re fearless. And fearless is what you need running as a Democrat in the sixth most Republican Congressional district in the country. This is an open seat for Nebraska’s third district, a seat that has been held by a Democrat in just two of the last 70 years.

But fearlessness is paying off.

A new poll conducted by national polling firm Penn, Schoen & Berland Associates September 20-21 shows that the 3rd District congressional race is up for grabs as we enter the last six weeks of the campaign.

With echoes to the Larry Grant campaign in Idaho, his GOP opponent, Adrian Smith, has been almost entirely funded by the Club for Growth. Which is an ironic choice for the Nebraska GOP, since this is one of the top-ranked agricultural districts in the nation, where cattle probably outnumber people. The Club for Growth is virulently anti-ag, wanting all price supports to farmers and ranchers eliminated. Smith has also had to call in Dick Cheney for fundraising support. That’s nice company he keeps, and it’s not appealing to all the district’s GOP voters who’ve been holding fundraisers for Kleeb.

“I feel pretty strongly that Kleeb is the better of the two candidates,” Gene Koepke said. “When you talk to people about this, they say, `You’re a Republican?’ `Yes,’ I say, `a lifetime Republican.'”

“What disturbed me the most in the primary,” Kearney businessman Tom Henning said, “was that Club for Growth gave Adrian Smith $325,000. They (Club for Growth) are in favor of eliminating the USDA. I’m not certain what Smith’s motive was.”

Another Republican from Kearney listed as a host, businessman Brad Kernick, said he “doesn’t want to be painted as a turncoat,” but he is worried about long-term economic prospects in rural Nebraska.

“The most pressing issues are survival of smaller communities, which is directly linked to agriculture,” Kernick said. He said water shortages and water disputes also worry him.

The reality for people living in the rural West, and really all of rural America, is that the GOP has failed them. That’s why candidates like Scott Kleeb, whose understanding of the challenges and the needs of farmers and ranchers is bred in the bone, are so compelling in their districts. Kleeb has positions on some issues that are frankly not going to be as compelling to the Daily Kos community, on abortion, on Iraq, on a number of issues where he’s been tagged a “Nelson Democrat.” The important thing to remember–Nelson Democrats can win in Nebraska.

Kleeb appears to be a Democrat who can win there. He’s going to be the downticket beneficiary of a strong DSCC-finance GOTV effort for Nelson. He’s been more than competitive in the money race, he’s young, energetic, and has been covering the district like crazy for the past year. He even has some creative and compelling ads (see, in particular, “Listen”).

NOTE: Given the extraordinary events of the last few days, I would have postponed posting this a day or two. But as I was finishing up this profile, I found out that Scott had devoted some time to diary here today for the first time. Instead, he’s going to live blog with us in the comments. Welcome, Scott! 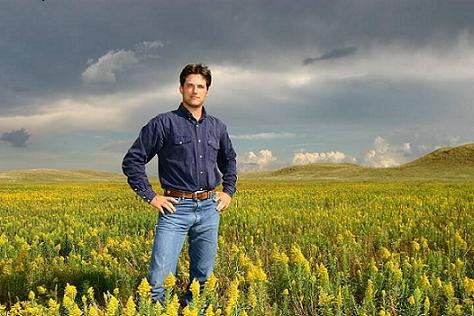